Mousse Chocolate and other peoples’ families 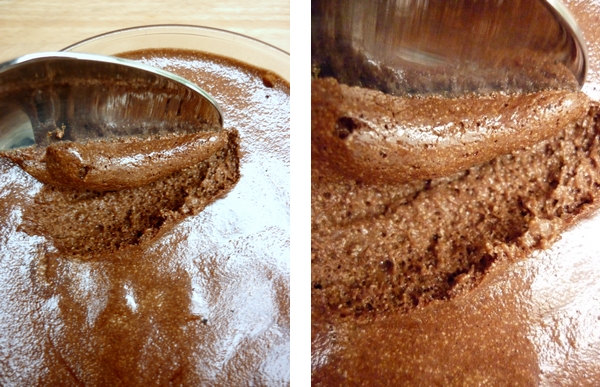 Aren’t other peoples’ families zany? It always seems that way to me. When I was a kid, other peoples’ houses were just different; they looked different, smelled different, ran differently. To a six-year-old child, the familiar, their home, has no smell, no particular look, no discernible system of organisation. It just is. Our own environments are the very definitions of normality. To us…

It isn’t until we find ourselves in someone else’s environment that we are forced to realise that our way of doing things is just one way, not the way. It’s easy to criticise the unfamiliar, from the way someone washes the dishes to the way they run their household. And when you move in with people you weren’t brought up with, their ways will almost certainly be at odds with yours, something which you may not have even considered before. 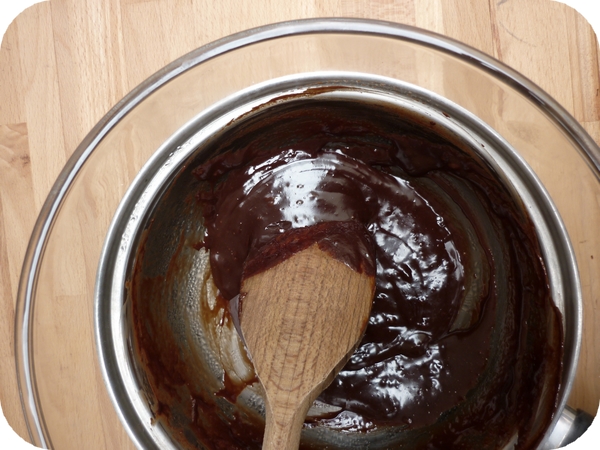 How is all this relevant? Mousse Chocolate (moos cho-ko-let, not moos chok-let), which is what my boyfriend and his family will call this recipe for all eternity, is technically a mistranslation. The name in Portuguese is literally ‘Mousse of Chocolate’. The name has always sounded slightly wrong to me. 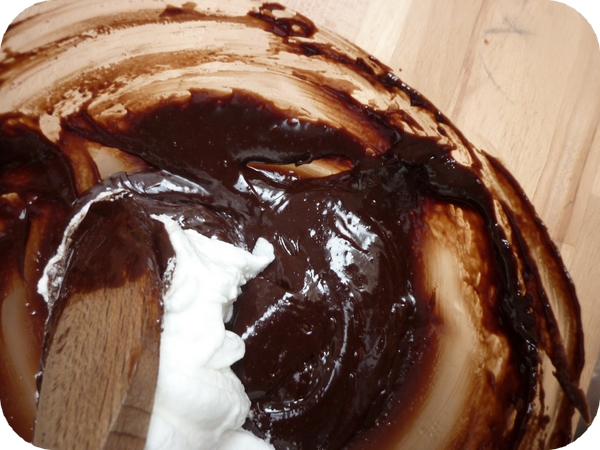 But ‘Chocolate  Mousse’ would sound wrong to my boyfriend’s ears. In addition, ‘Chocolate Mousse’ to his family is something altogether different from what they prepare, something unbelievably creamy which, to a family that abhors cream, makes it unfitting for their beloved concoction of chocolate, eggs and sugar.

This was my second try at this recipe. The first time I made it I just couldn’t get the chocolate and egg whites to come together while still maintaining the mousse’s light and fluffy texture. I had a theory that without the pure fat of cream I’ve used in every chocolate mousse I’ve ever made, they just weren’t coming together, and that as such microwaved chocolate was more unforgiving. Then I noticed that many recipes call for a small amount of butter. So I bit the bullet and did the double boiler thing, butter and all.

So how was it? Rich? Yes. Creamy? No way. Delicious? Definitely. Mousse Chocolate.

Mousse Chocolate for two
2 eggs, separated
60-80g dark chocolate broken into pieces (I used nestle club but next time I think I’ll use something with a bit more depth of flavour).
1 Tablespoon of butter
2 teaspoons of sugar (optional- I left it out but in hindsight I think it needed it)

Beat the egg whites to stiff peaks in a completely clean and dry bowl. Set aside.

Put chocolate in a bowl over a pan of simmering water. Make sure the water is not touching the bowl, the bowl should just be ‘steamed’.

When the chocolate begins to melt, add the butter and sugar if desired. Once melted together, turn off the heat. Stir in egg yolks one at a time, very quickly.

Remove the bowl from the pan and fold in a third of the beaten egg whites. Fold in another third gently and then the remaining third even more gently.

Put mix in container/s, cover with cling film and set for at least four hours.

7 Responses to Mousse Chocolate and other peoples’ families